Heroin has been gripping the headlines since the death of actor Philip Seymour Hoffman, but the new faces of addiction might surprise you. Dr. Oz asked Elisabeth Leamy to conduct an investigation into how heroin use starts and why there is a growing population 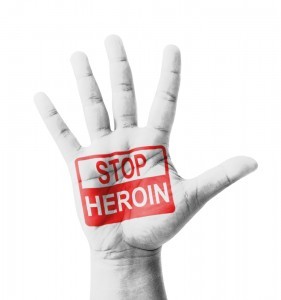 Investigative reporter Elisabeth Leamy explains that most heroin use starts after a person becomes hooked on painkillers, but can no longer get them from their doctor and turn to drug dealers instead. In the last seven years heroin addiction has doubled in the United States to almost a million users, but what is new and possibly most shocking is that a large number of the buyers are suburban middle class moms.
Heroin addiction has gotten so out of hand you can drive down certain streets in Chicago and see it being bought and sold right out in the open, which is why Dr. Sanjay Gupta is joining Dr. Oz once again to sound the alarm on this urgent public health crisis.

Dr. Sanjay Gupta says that there was a period of time when we thought we were curbing Heroin addiction in our country, but use of the drug has increased dramatically in the past five years, which is why so many are concerned. Addiction specialist Seth Jaffe explains that heroin is an easy transition for a mom who was taking pain medication, but needs a less expensive way to get the drugs she needs.
Seth Jaffe says there is a big difference between heroin addiction in the 1970s and heroin addiction nowadays. He adds the biggest problem is because so many doctors who prescribe pain medications do not understand addiction and even though their intentions are good, they do not realize the potential harm the drugs can cause.

Dr. Oz says there have been a flurry of recent deaths connected with the use of Fentanyl combined with Heroin and he explains the problem is that the two are often mixed together to create a deadly “hit” for users. What is most frightening is that many users do not even know what they are getting themselves into because the Fentanyl, which looks exactly the same as Heroin, is mixed in and is much more powerful than the Heroin.
Seth Jaffe says there is literally no way to tell if Heroin is being laced with Fentanyl, but many users will seek it out because they often want to get a bigger “high” even though the risks of death are also greater. He adds that heroin addiction is “hell disguised as heaven” because drugs are not the problem, but they are often used as the solution to problems.
For information on detoxification please call Palm Beach Outpatient Detox at (561) 901-0040.