When prescription opioids started getting too difficult or too expensive to procure, people addicted to them started turning to heroin–a shift that’s created an “epidemic” of heroin use in whole new groups of people. Now, a new opioid is rising in use and overdose: Fentanyl, a synthetic opioid, is 50-100 times more potent than morphine, according to a recent statement on fentanyl by the Drug Enforcement Administration (DEA), and 25-50 times more potent than heroin. And its presence seems to be rising sharply, which means that, given its potency, deaths from the drug are also rising. 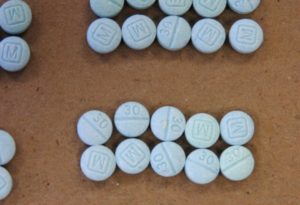 In 2014, 18,000 people died of opioids, and another 8,000 from heroin. It’s not clear how many people are dying from fentanyl overdoses each day now, but the numbers are climbing sharply in pockets across the U.S. and Canada. Fentanyl is often, without the buyer’s knowledge, mixed with heroin or cocaine, because it’s cheaper than either of them, and much stronger. Here’s what we know about why fentanyl is so powerful, in the body and as a new presence in society.