Julie Carr Smyth, Associated Press
COLUMBUS, Ohio (AP) — The Ohio attorney general sued five drugmakers on Wednesday, accusing the companies of perpetrating the state’s addictions epidemic by intentionally misleading patients about the dangers of painkillers and promoting benefits of the drugs not backed by science.
Attorney General Mike DeWine said the companies created a deadly mess in Ohio that they now need to pay to clean up. 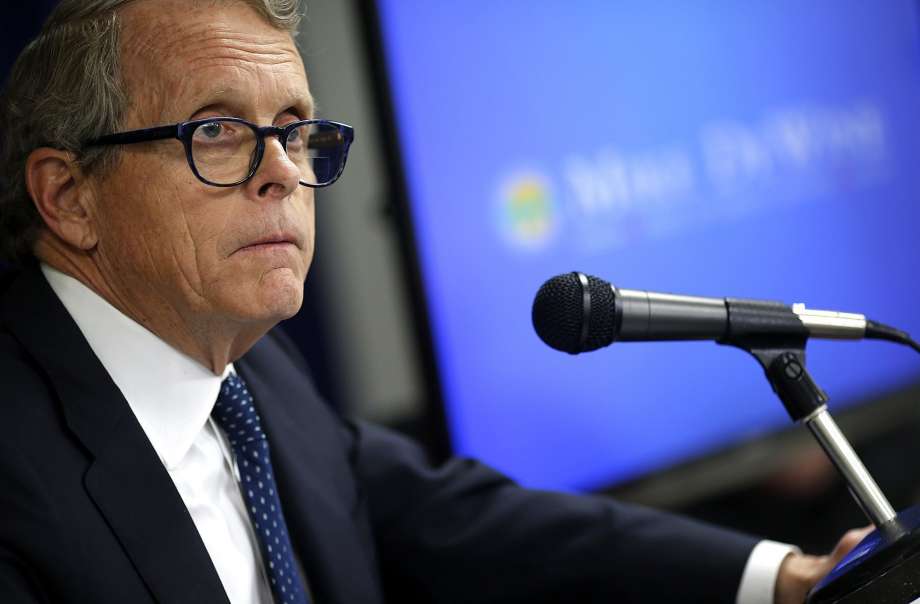 “This lawsuit is about justice, it’s about fairness, it’s about what is right,” DeWine said in announcing the complaint filed in Ross County, a southern Ohio community slammed by fatal drug overdoses from painkillers and heroin. A record 3,050 Ohioans died from drug overdoses in 2015, a figure expected to jump sharply once 2016 figures are tallied.
DeWine wants an injunction stopping the companies from their alleged misconduct and damages for money the state spent on opiates sold and marketed in Ohio. The attorney general also wants customers repaid for unnecessary opiate prescriptions for chronic pain.
“These drug companies knew that what they were doing was wrong and they did it anyway,” DeWine said.
The drugmakers sued by DeWine are Purdue Pharma; Endo Health Solutions; Teva Pharmaceutical Industries, and its subsidiary, Cephalon; Johnson & Johnson and its subsidiary Janssen Pharmaceuticals; and Allergan.
They variously manufacture OxyContin, Percocet and a host of other painkillers that DeWine said represent the heart of the problem.
Christina Arredondo said her 24-year-old pregnant daughter, Felicia Detty, died after a painkiller addiction led to heroin and overdose. She said she’s hopeful the Ohio lawsuit can begin to curtail the epidemic by fighting it “from the top.”

“It’s not like they’re going out to buy some cocaine on the street,” she said. “They’re going to the doctor for a torn ligament in their shoulder, or migraines, or having a tooth pulled.”

Janssen on Wednesday called the lawsuit’s accusations legally and factually unfounded. The company said it acted appropriately, responsibly and in the best interests of patients.
Another defendant, Purdue Pharma, said it shares DeWine’s concerns about the opiate crisis and is committed to working together on a solution. It won’t say if it’s challenging the lawsuit.
Teva Pharmaceuticals says it’s still reviewing the lawsuit and is unable to comment.
Endo declined comment. A message was left seeking comment with Allergan.
DeWine, a Republican expected to run for governor next year, joins other states that have filed similar lawsuits. His move comes after years of calls for such action by Ohio Democrats.
Democratic candidate Nan Whaley, Dayton’s mayor, is airing online video spots in which she criticizes sitting Republicans for doing too little to solve the heroin and opioid epidemic. Whaley says taking on drug companies for their role in the crisis will be her highest priority as governor.
Another gubernatorial contender, Democratic state Sen. Joe Schiavoni, said he had previously called for such an action.
“I hope that whatever financial settlement this lawsuit might bring will be put toward helping the victims of this epidemic,” he said. “In the meantime, the General Assembly must do more to provide the resources our counties desperately need now for drug treatment and other services.”
In 2015, Kentucky settled a similar lawsuit with Purdue Pharma for $24 million.
Oregon reached a settlement in 2015 with opioid painkiller manufacturer Insys for off-label promotion of Subsys, a fentanyl spray more powerful than heroin. It was also among 27 states that reached a settlement with Purdue, the maker of OxyContin, in 2007.