Women are more vulnerable than men to alcohol’s effects, even after drinking smaller amounts. Heavy drinking can lead to increased risk of health problems such as liver disease, brain damage, and breast cancer. Women are as likely as men to recover from alcohol dependence, but women may have more difficulty gaining access to treatment. 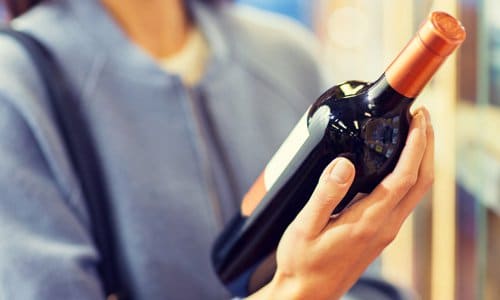 Women in many different cultures enjoy drinking alcohol for a variety of reasons—to celebrate a special occasion, help them feel more sociable, or simply to unwind with family and friends. While many are able to drink responsibly, alcohol use does pose unique risks to all women. While men are more likely to drink alcohol than women, and to develop problems because of their drinking, women are much more vulnerable to alcohol’s harmful effects.
Women tend to develop alcohol-related diseases and other consequences of drinking sooner than men, and after drinking smaller cumulative amounts of alcohol. Women are also more likely to abuse alcohol and other substances in order to self-medicate problems such as depression, anxiety, and stress, or to cope with emotional difficulties.
Women who drink more than light to moderate amounts of alcohol (more than about 7 drinks a week) are at increased risk of car accidents and other traumatic injuries, cancer, hypertension, stroke, and suicide. In addition, drinking at an elevated rate increases the likelihood that a woman will go on to abuse or become dependent on alcohol.

The health consequences of alcohol abuse in women

Women who abuse or are dependent on alcohol are more vulnerable than men to:
Liver disease. Women are more likely to contract alcoholic liver disease, such as hepatitis (an inflammation of the liver), and are more likely to die from liver cirrhosis (a chronic disease that progressively destroys the liver’s ability to aid in digestion and detoxification).
Brain damage. Women are more likely than men to suffer alcohol-induced brain damage, such as loss of mental function and reduced brain size.
Compared with women who don’t drink or who drink in moderation, women who drink heavily also have an increased risk of: osteoporosis (a thinning of the bones), falls and hip fractures, premature menopause, infertility and miscarriages, and high blood pressure and heart disease.

Alcohol may also raise a woman’s chance of developing breast cancer. Each additional 10 grams of alcohol (the amount in about one 4-oz glass of wine) per day raises the relative risk of developing breast cancer over a lifetime by about 10%.
To put this in perspective: A woman’s overall lifetime risk of breast cancer is almost 9 in 100 if she drinks no alcohol. Two drinks per day increases the risk to just over 10 in 100, while six drinks a day ups her risk to about 13 in 100.

According to a 2009 survey, approximately 47% of women ages 12 and over in the United States reported being current drinkers, defined as having had a drink in the past 30 days.
Trends suggest that white, employed women are drinking greater amounts of alcohol and with greater frequency. Some of this increase may reflect a greater comfort on the part of women to discuss their drinking.

Social stigmas are starting to fade

Historically, women have tended to feel a greater sense of shame about drinking and getting drunk than men, but it appears that among younger women, this stigma may be fading. While men are still more likely to drink—and to binge—women are drinking more, and more often, than they did in the past.
According to data from a survey of almost 18,000 college students across the U.S., about one in three female students engages in binge drinking (consuming four or more drinks in a row, often in quick succession).
Furthermore, while more college men are dependent on alcohol, women constitute more than half of alcohol abusers among college students. The rate of binge drinking in all-female colleges more than doubled between 1993 and 2001.
These trends are disturbing, given that binge drinking not only carries health risks for both men and women but also increases the chance of unwanted and unplanned sexual activity. Women risk becoming pregnant, and both men and women risk contracting a sexually transmitted disease.

It’s easy to cross the line into risky drinking

A standard drink is:

Remember: alcohol content of different beers, wines, and distilled spirits can vary and a single mixed drink may actually contain nearly two standard drinks.
For women in particular, there is a very fine line between healthful and harmful drinking—one that is easy to cross. While moderate drinking is defined as no more than seven drinks a week and no more than three on any given day, those levels aren’t set in stone.
The amount a woman can safely drink depends on: her weight and health, personal genetic makeup and family history, the time since eating, and her age
Some experts believe that women who drink even one alcoholic drink per day may be putting themselves at increased risk for health problems. For pregnant women, no amount of alcohol is deemed safe.
Because women become addicted to alcohol more easily than men, drinking even moderately can be a slippery slope. This is especially true for older women. In fact, about half of all cases of alcoholism in women begin after age 59.
Certainly, no one should feel obliged to start drinking for the health benefits. There are plenty of other ways to safeguard your health, such as regular exercise, a nutritious diet, keeping your weight under control, and not smoking. But for women who enjoy alcoholic beverages, it’s important to know where to draw the line, and to be prepared to redraw it as you get older.

A woman’s body processes alcohol more slowly than a man’s. One drink for a woman has about twice the effect of one for a man. Plus, women have a “telescoping,” or accelerated, course of alcohol dependence, meaning that they generally advance from their first drink to their first alcohol-related problem to the need for treatment more quickly than men.

Why are women more sensitive to the effects of alcohol?

Several biological factors make women more vulnerable to the effects of alcohol than men.
Body fat. Women tend to weigh less than men, and—pound for pound—a woman’s body contains less water and more fatty tissue than a man’s. Because fat retains alcohol while water dilutes it, alcohol remains at higher concentrations for longer periods of time in a woman’s body, exposing her brain and other organs to more alcohol.
Enzymes. Women have lower levels of two enzymes—alcohol dehydrogenase and aldehyde dehydrogenase—that metabolize (break down) alcohol in the stomach and liver. As a result, women absorb more alcohol into their bloodstreams than men.
Hormones. Changes in hormone levels during the menstrual cycle may also affect how a woman metabolizes alcohol.
These biological factors explain why women become intoxicated after drinking less and are more likely to suffer adverse consequences after drinking smaller quantities and for fewer years than men.

Evidence suggests that sexual or physical abuse during childhood may predispose both men and women to alcohol and drug problems in adulthood. Since women are more likely to have been victims of childhood sexual abuse, they are disproportionately affected. Research shows that:

Drinking during pregnancy–Never a good idea

Drinking alcohol during pregnancy can cause an array of physical and mental birth defects, and is the leading preventable cause of mental retardation in the United States. When a pregnant woman drinks, alcohol passes through the placenta to her fetus. In the fetus’s developing digestive system, alcohol breaks down much more slowly than it does in an adult body, meaning that the fetus’s blood alcohol level can remain high for longer periods.
Any kind of alcohol in any amount can harm a developing fetus, especially during the first and second trimester. Physicians and public health officials recommend that women avoid drinking any alcohol during pregnancy.

Each year in the U.S. alone, about 40,000 babies—or one in every 100—are born with fetal alcohol spectrum disorders (a term that encompasses fetal alcohol syndrome and several related disorders).
Babies with these problems usually:

Overcoming barriers to treatment and recovery

Not only are women less able to tolerate the effects of alcohol than men, they are also less likely to seek specific help to overcome any drinking problems they develop. Men who abuse alcohol are more likely to enter alcohol-treatment programs, whereas women are more inclined to seek help from primary care practitioners and mental health counselors.
Women with drinking problems:

As a result, women may seek treatment in general medical or mental health settings. Even brief counseling in this type of setting, though, has been shown to lower a woman’s use of alcohol by nearly one-third.

Women and men are equally capable of recovery

For a long time, professionals believed that women with substance abuse problems were less likely than men to recover from them. Yet limited evidence on the matter was available, because many studies on the outcome of substance abuse treatment conducted before the 1990s enrolled only men. The few studies that enrolled both men and women did not examine the impact of gender differences.
The situation changed in the early 1990s after the FDA and the National Institutes of Health issued guidelines aimed at increasing the representation of women and minorities in research studies. A review in Drug and Alcohol Dependence found that women are equally able to recover as men. Still, women face some unique challenges.

A number of studies conclude that women are less likely than men to enter treatment programs for substance abuse problems, including those involving alcohol. Although it remains unclear why this is so, particular barriers to treatment seem to affect women more often than men. These include:
Access to childcare. Women with young children need access to appropriate childcare services before they can undergo treatment. They may be concerned about losing custody of their children if they reveal that they have an alcohol problem.
Economic challenges. Women are more likely to face economic challenges such as lower-paying jobs with little flexibility in scheduling or paid time off.
Mental health disorders. Women are more likely than men to suffer from mood, anxiety, and eating disorders that may benefit from being treated at the same time as the substance abuse disorder. However, few substance abuse treatment programs provide adequate treatment of psychiatric disorders.
Need for women-only treatment programs. These may be more helpful than mixed-gender programs for some women, such as those who have suffered sexual or physical abuse.

Even if women remain reluctant to enter traditional alcohol-treatment programs, it’s important to seek medical and emotional support from other sources. Psychotherapy, self-help groups, and medications are all available to help women stop or reduce their drinking.
Anyone who has struggled to overcome alcohol dependence or an alcohol abuse problem knows how difficult a process recovery can be. But the evidence suggests that women are just as likely to recover as men once they begin treatment—a glimmer of hope that may make the journey to recovery worth trying.